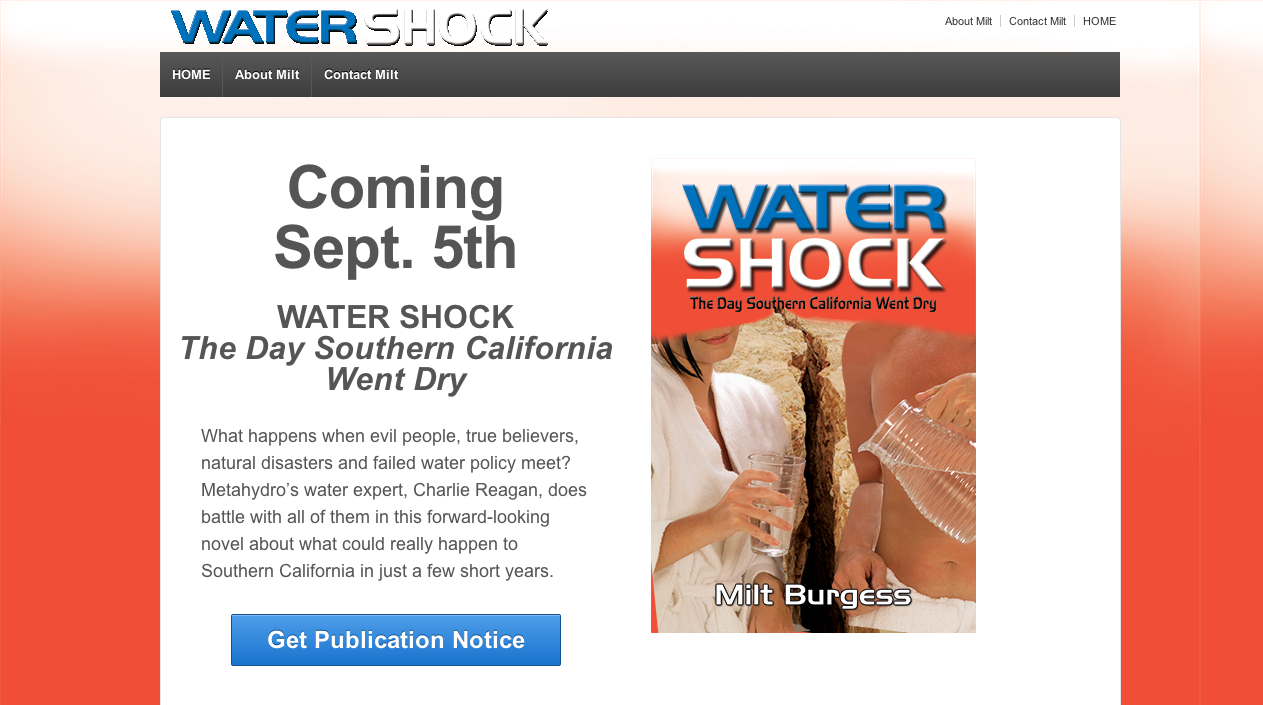 San Diego, CA August 22, 2013 – Milton N. Burgess is a Professional Engineer (PE) and Fellow of the American Society of Plumbing Engineers (FASPE).  He has worked with water for his entire career as mechanical engineer and contractor building hundreds of millions of dollars in mechanical, plumbing and HVAC systems in the Western US including large wastewater treatment plants. With his debut novel Water Shock, Milt puts his expertise to work to help raise awareness in the general public for the impact of bad water policy.  From the book jacket:

It’s a bleak future that doesn’t have to come true if you understand how it could become real history. Water has always shaped history in North America, often the result of greed and large egos that have temporarily altered our ecosystem. Bad public water policy—from resistance to recycling water to what we pay for it—could plunge the whole region into a fight over national borders.  The shock can be so sudden that San Diego could return to being the arid desert it once was and you could find yourself crossing the border into Utah from Mexico along with millions of others seeking water.

This site incorporates ecommerce, a mailing list interface and video interviews along with content about the author and the book that does not appear in the book. Launched in stages with the first just before the book itself released, the site will serve as a forum for diseminating additional information about the book, the author and water along with the author’s Twitter site: @thewaterletter.

Posted in News and Info