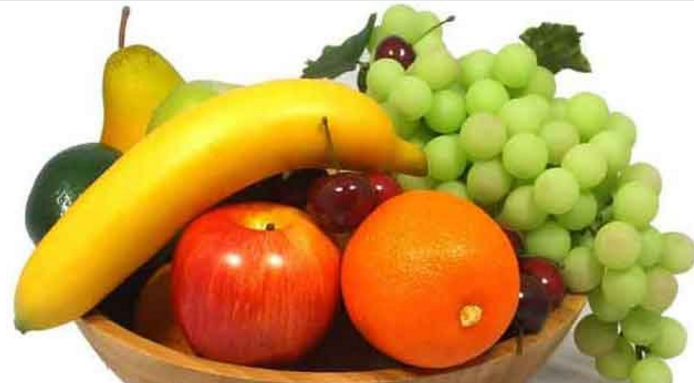 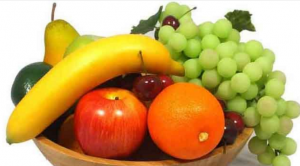 Friendship [and a web site] can be like a bowl of wax fruit:
beautiful until you bite into it
[try to use it.]

Web site visitors can be divided into multiple camps: buyers vs browsers; students vs teachers; readers vs. watchers and on and on. Critical to web site success is the division between USERS and OBSERVERS.

Let me break that idea into components and re-assemble everything back to that point:

Something you’ll hear from me over and over, if you hang around, is that the secret to business life can be found in the science of Logistics: life’s about logistics – with the right support system you can do anything!

When you build a web site, it won’t succeed if it’s a standalone, outside the flow, canker-like addition to your company. It will consume resources, affect reputation and cause misery where it should be helpful. For those with secret client lists, a need for covert marketing or simply no interest in marketing over the Internet, then success is simply having a web site so you can say you do – or not at all. For everybody else, if your web site doesn’t function as an integral cog to operations, eventually – if not sooner, it will be seen as a failure.

I walked what used to be the largest computer show on earth called COMDEX with the founder of High Tech Marketing magazine, Bob Dowling (later to be publisher of The Hollywood Reporter.) It was when laptops (called luggables) were new and PC software was just hitting the mainstream consumer. At booth after booth, we would approach, listen to the pitch and then Bob would say: “Thank you. Now: how do you know anyone wants ?” where upon the excited owner of the company or author of the product would begin again to recite the features of his magical system that would automate something. Bob would say something about creativity and then ask again, “Yes, but how do you know anyone wants to do/have that?”

I’m indebted to Bob for his wisdom and see how little that question is asked during the construction of a web site. Instead, advertising clubs and associations give out awards to PR and Marketing companies for web sites judged “cool” and “innovative” and “geez we love whitespace and small fonts.” These are the Observers. They were the first to adopt splash pages and the deprecated tag often just because they could, because it got an “oooo.” (A splash page is a peremptory page presented before the real home page is shown. I lost the battle with an Observer marketing agency to keep one off of a local tourism web site until I could show three months of statistics to prove that 20% of their first time visitors to the site purchased with print and broadcast advertising were leaving the site before ever seeing the home page.)

Unfortunately, many times the person inside a company charged with causing a site to be – often the owner – sits in the Observer’s chair. More about that in a minute. Let’s get back to re-assembling…

The place to start is to ask Bob’s question: how do we know what to build?

In the book Good to Great by Jim Collins, the idea of the hedgehog concept is explained this way:

Picture two animals: a fox and a hedgehog. Which are you? An ancient Greek parable distinguishes between foxes, which know many small things, and hedgehogs, which know one big thing. All good-to-great leaders, it turns out, are hedgehogs. They know how to simplify a complex world into a single, organizing idea—the kind of basic principle that unifies, organizes, and guides all decisions.
In other words, if the basic mission of the company is foggy or corrupted, building a web site to serve it is problematic. That’s where it starts.

Ok, so you’re one of the lucky ones with a hedgehog for a leader (or are that person) and the organizing idea is defined. The question then becomes: where in the flow of serving that idea does a web site fit?

At this point, we could diverge into a discussion of online shopping served by offline brick and mortar or product liability communication issues or target market definitions. Let’s just say that you’ve done your homework with the hedgehog idea as a foundation and you’ve concluded that a web site can help.

The next logistical issue is to determine who will be responsible for the care and feeding of the web site and where its guts will come from – the images and words that will speak for the company.

After that, the next question to answer is who will the web site talk to inside the company as it does its work? Who will get the User responses – the orders, the comments, the phone calls, the email.

Once you’ve answered those three questions:

How does the web site fit the company mission;
Who will handle its care and feeding;
Who gets the web site output;
Now you’re ready to start building your web site.

And by web site, we mean a self-powered representative of the company operated asynchronously by ICANN-only knows who. And that leads us back to that owner who operates as an Observer.

Think back over time to your own use of your company web site. How often do you load it for someone – or ask them to load it – and you don’t get beyond the first page. “Look what we built!” That’s the point of view of an Observer.

Now then, it’s 11pm at night in an unnamed city at an unknown person’s computer who happens to be someone who should be destined to become a loyal customer. They 1) do a search that turns up your site on the first page of Google; 2) read an article with a link to your site; 3) have some form of marketing in front of them (the URL at the bottom of a magazine ad or tv commercial or mailed flyer.)

That person arrives at your home page. That’s a User.

The User doesn’t care how cool it looks or how many awards the site has won. They arrived on A Mission. How well do you serve that mission? How hard will you make them work to achieve it?

Here’s where web site design meets user interface principles. It gets better all the time, but it used to be that graphic artists schooled in print advertising were charged with building sites and were terrible at moving from a static image, scannable by moving nothing more than the eyes, to building a user interface that moves and responds to the user. That’s a subject for the next article in this series.

If I build a site and the client has a an Observer mindset, I use what I call the OTS Method (Over The Shoulder.) First, you bring in someone other than the Observer and have them navigate the site. You can empower them as a User by giving them tasks to perform or simply ask them to roam around the site. Depending on the personalities involved, there are two approaches. 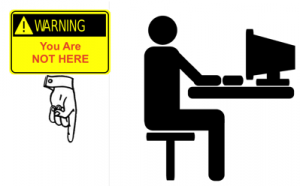 First approach: Just observe. Every time the Observer reaches over the User’s shoulder and says “No, click up here.” – count it. At the end of the session, announce the count and remind the Observer that they won’t be available at “11pm at night in an unnamed city at an unknown person’s computer” to do that.

Second approach: Keep reminding the Observer they are not to prompt the User as the User navigates around in a circle unable to find the BUY button.

After all, if your web site is a black box of some size with a chute on one side that takes $100 and $1000 bills and a chute on the other side out of which your most desired result appears; what is it that would come out of that second chute that motivates you to feed keep feeding the box? Once you’ve mastered the logistics of making the black box work, that result is your measure of success. Maybe it’s just raw unit sales or maybe it’s higher profitability on a segment of sales. Maybe it’s just that you have some influence on your company’s reputation.

Think of it like this: what if you could put on the Oculus Rift goggles or Microsoft’s new Virtual Reality goggles and sit at your web site looking at it as a USER. The most beautiful features would be those that popped the neurons in your head with “There’s the Answer to my Question” or “There’s where I know I can get a Good Deal” or “Finally I found something to click to kill to my Pain!” At that point, the most important thing is to make sure the user interface facilitates that first impression and at least stays out of the way of the User accomplishing The Mission. In the next installment in this series, I’ll address how that’s done.